1959 marks the beginning of a success story in Japan, that has continued in Europe for 50 years. Yusuke Mizukami, President of Kyocera Europe GmbH, takes us on a journey through time.

Surrounded by 1,000-meter-high mountains and countless temples and Shinto shrines, Kazuo Inamori founded the Kyocera company (short for Kyoto Ceramics) in 1959 in the former imperial city of Kyoto. Since then, fine ceramic components have formed the basis for increasingly expanding business fields. In Europe, printers are best known, but Kyocera semiconductor and electronic components can also be found in numerous automobiles, solar systems, smartphones and medical products, among others. The company even produces kitchen utensils, such as ceramic knives.

Following its success on the Japanese market, the company entered the German market in 1971 and established a joint venture with Feldmühle GmbH, a major manufacturer of technical ceramic components and paper in West Germany.

The goal of the resulting Feldmühle Kyocera Europa Elektronische Bauteile GmbH was, to combine the technological know-how of both companies, create synergies and use them to expand the European business. “We started from scratch and generated more than 1 billion Yen (approx. 10 million Euro) in our third financial year through the successful sale of our substrates to European semiconductor manufacturers,” Mizukami looks back. A solid base for further expansion on the continent.

Keeping up with the times and markets are integral parts of the company’s philosophy. When the semiconductor market boomed in the 1980s, Kyocera was able to assert itself on the market with ceramic semiconductor packages and consolidate this position until today.

Worldwide, Kyocera’s commitment has resulted in more than 18,000 patents to date, which is why the corporation has also been named among the Derwent Top 100 Global Innovators several times since 2013. “With the introduction of more and more high-tech innovations in recent years, we are specifically addressing the increased demand of an increasingly technological society,” Mizukami elaborates.

Specifically, he is referring to ADAS components (“Advanced Driver Assistance Systems”) that make driving safer, as well as fineceramic components and electronic components whose demand is steadily increasing with the expansion of IoT and AI technologies. “In line with the spread of 5G, we are also focusing on developing products and systems in areas such as telecommunication base stations and devices that are attracting attention both in Japan and Germany.”

“With the introduction of more and more high-tech innovations in recent years, we are specifically addressing the increased demand of an increasingly technological society.”

In recent years, strategically important companies have been acquired in Europe, whose innovations and know-how complement the profile. “This approach has helped to position and develop ourselves in the individual sectors,” explains Mizukami. Most recently, two experienced manufacturers of fine ceramic components joined in 2019: H. C. Starck Ceramic GmbH in Selb, now Kyocera Fineceramics Precision GmbH, and Mannheim-based Friatec GmbH, now Kyocera Fineceramics Solutions GmbH. “Both companies were integrated into Kyocera Europe GmbH. As a result, we now have two production sites in Europe,” adds Mizukami.” Since Europe is a large market for fineceramic components, we can now respond to customer inquiries much faster than before.”

Today, Kyocera employs around 78,000 people worldwide and is included in the Wall Street Journal’s current list of the World’s 100 Most Sustainably Managed Companies. According to Forbes magazine, the Group also ranks 549th among the world’s largest publicly traded companies. “Last fiscal year, about 18.5% or approx. 2,18 Billion euros of Kyocera’s global turnover of around 11,74 Billion euros were generated in Europe, and the trend is rising,” Mizukami quantifies the success. In the process, European business has now overtaken the USA in terms of sales and is becoming increasingly important for the entire Kyocera Group. “Through our self-directed research and development and an eye on various global technological needs, we are confident of continuous growth – in Germany and around the world.” 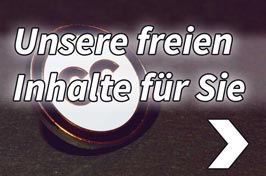